What is Service Pistol?

Way back in probably the 1960’s the FBI developed a training pistol match which was soon used by civilian shooters and called the Combat Match. We shot a variant on this in the UK in the late ’60s. Later this became the source of PPC and the 1500 Match – and the Australian (and New Zealand) Service Pistol Match.

In New Zealand Pistol NZ introduced Service Pistol in 1982 as the first “Action” style event here. Initially, as in Australia, the match was shot starting with the pistol at 45 degrees but we allowed, and indeed encouraged, the pistol to be stored in a holster as the shooters moved down the range. This was well before the introduction of NRA Action and IPSC matches, both of which did require drawing from the holster. 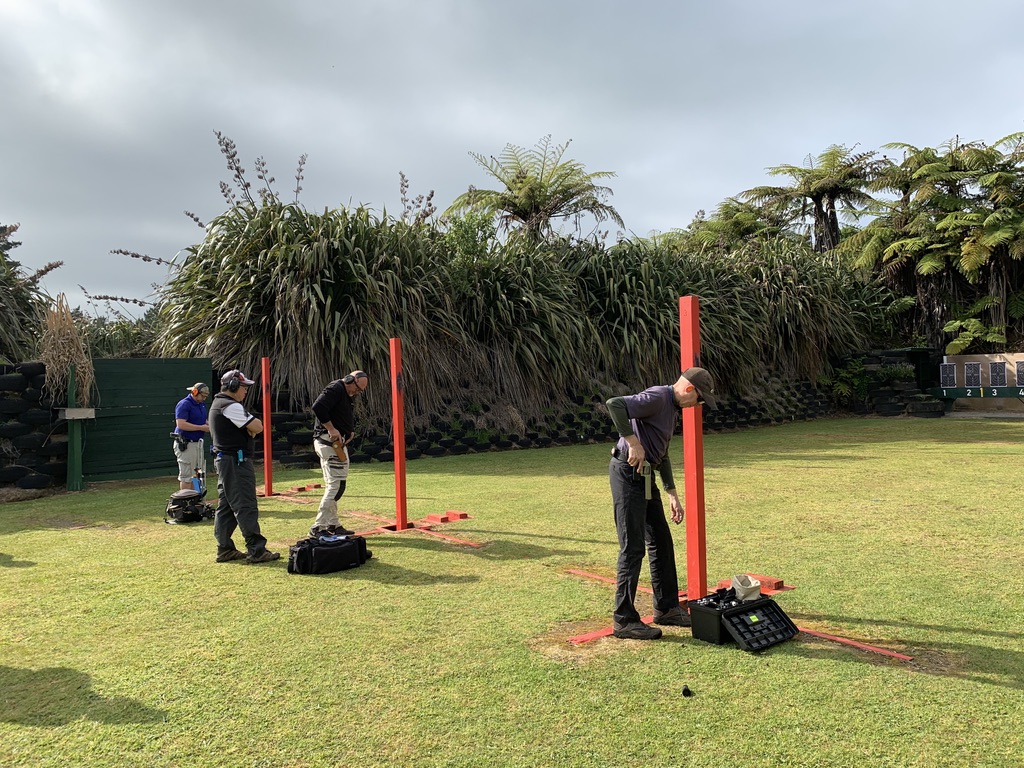 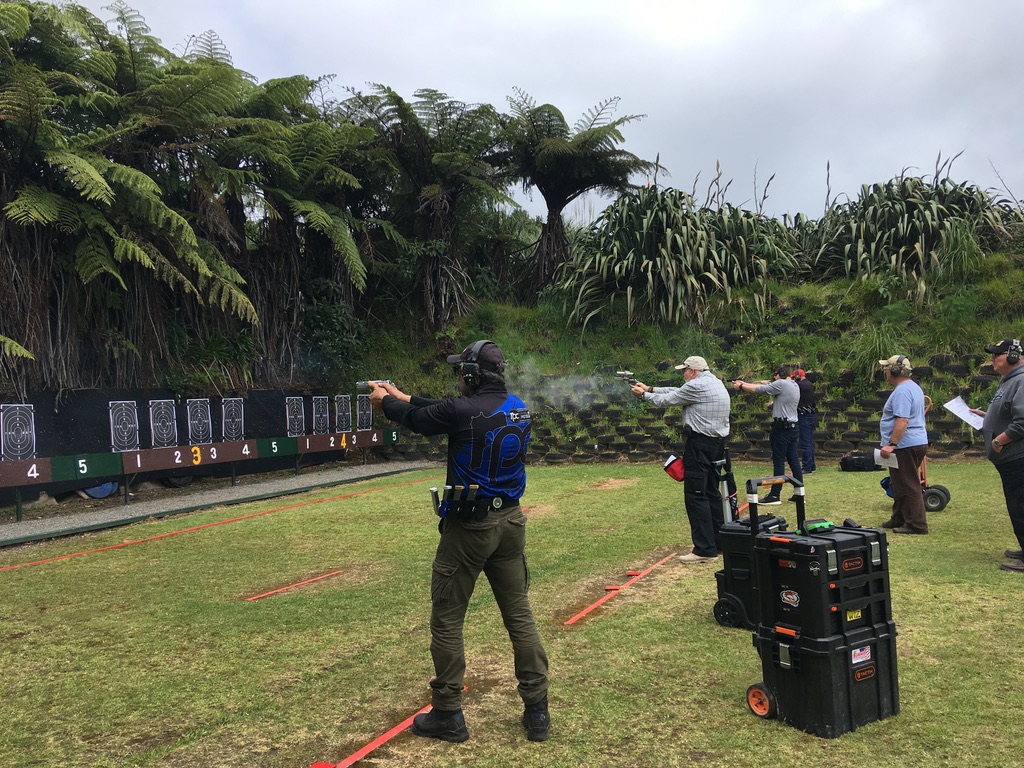 The course of fire consists of 90 shots fired at four distances from 50 down to 7 yards, and times between 2 minute 45 seconds for 24 shots to 4 seconds for 6 shots. 24 shots at 50 yards includes prone, sitting or kneeling and both left and right barricade. 36 shots are fired at 25 yards including more barricade and some standing clear of the barricade. 18 shots at 10 yards some of which must be fired strong and weak hand only. And the final series of 12 shots at 7 yards is almost the signature series of this match as it is done un-aimed, that is without raising the pistol above the shoulder. When changing position during a series the pistol must be unloaded before moving. If you only have big magazines you must take it out, clear and then reload after changing position. Feet must be kept within lines running backwards from the sides of the barricade, whether this is a board or a post.